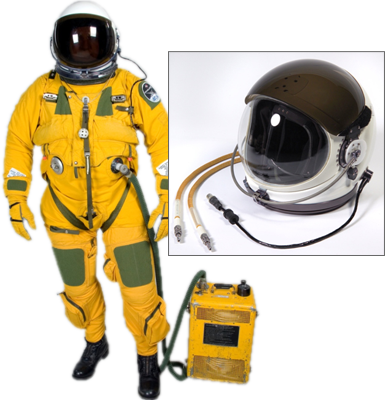 The Model S1034 PPA was designed to be a common suit that reduced crew member stress and fatigue while minimizing ground support and maintenance requirements. Unlike prior suit designs for DoD applications, the S1034 was largely a “clean sheet” design which incorporated multiple enhancements such as a breathable gas container and improved (low-torque) glove bearing/disconnects.

The S1034 began replacing the precursor S1031 in the U-2R in 1996 and continues in service to present day. It has also been adopted for use in the NASA ER-2 and WB-57F platforms.